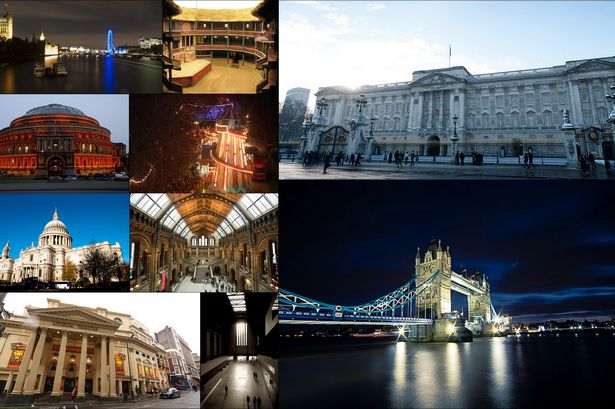 Paris and London attractions for photographers

Paris and London are a dream twin location for photographers. Here are a few places to visit in this historical cities: Piccadilly Circus is awesome at night but also quite hard to photograph due to the bright screens against the dark surroundings. Use HDR for a good exposure. Also, use puddles and reflections in your pictures if it’s rained. Another technique that may work is to increase your ISO slightly when taking photographs at night as a long exposure doesn’t really work very well on the screens as they constantly change. This cute little museum in Greenwich is perfect for those that love architecture and spiral staircases. These kind of shots are often popular on Instagram. Try over-exposing your image slightly for a brighter photograph. To do this on a phone click on the darkest point on the screen. This sometimes makes the software change the exposure and brighten the picture.

This is the place to visit if you’re interested in London’s history. The Museum of London documents the history of London from prehistoric times right up to today. It’s about Londoners as much as the city as the people have made the city what it is today. Learn about London from the days when the whole population would fit on one double-decker bus! Make sure you see the Lord Mayor’s Coach, which was built in 1757 and is still used every year for the Lord Mayor’s Show.

This palace was once home to the late Princess Diana of Wales but is now the stylish royal residence of the new Duke and Duchess of Cornwall (Royal Family). The picture-perfect palace estate provides avenues to learn about her Majesty the Queen and her monarch’s beautiful exhibitions. You can explore the history of royal weddings and the extraordinary lives of royal leaders such as Queen Victoria. Royalty speaks at every point in this palace and visitors can have high tea around the corner at The Orangery.

This splendid collection of Impressionist art is beautifully presented in an expansive space (formerly the Belle Epoque-era Gare d’Orsay railway station). The collection represents the work of all the masters of Impressionism. The artists range from classic Impressionist masters Edgar Degas, Edouard Manet, Claude Monet, and Pierre-August Renoir to Post-Impressionist artists such as Pierre Bonnard, Paul Cezanne, and Vincent van Gogh; the Pointillists (Georges Seurat, Paul Signac); and Bohemian artists like Toulouse Lautrec. Some of the museum’s most famous pieces include Claude Monet’s The Magpie, Gare Saint-Lazare, Poppy Field, and Luncheon on the Grass; Vincent van Gogh’s self-portrait and Starry Night; and Renoir’s Dance at Moulin de la Galette, which depicts a festive party scene in Montmartre. The Orsay Museum is among the best places to visit in Paris to get an overview of Impressionist art history-from the gentle brush strokes of Monet to the wild, colorful scenes of Gauguin. The museum also has two cafes and an upscale restaurant, which is worth the splurge. Formerly part of the Hotel d’Orsay and listed as a Historic Monument, the museum’s restaurant features gilded ceilings and sparkling chandeliers.

Photographer Victor Guidini, who lives in London, has been photographing tourists in the capital of England since 2013. In recent years he has been doing photo shoots in France. “It all started when a customer who had done an essay in London asked if I would be available to shoot in Paris. At first I thought it would be difficult to be a profitable business, but I organized all the logistics that facilitated the rehearsals. Traveling by the Eurostar trains, I get to Paris in around 2 hours, and without all the waiting and paperwork that a travel area has. After considering the risks and investments required for this journey, I embraced the opportunity, “says the photographer. See more on Fotografo em Paris e Londres. In addition to offering photographic essays in Paris, Victor Guidini is also available to photograph in London across Europe. To know more about his work, just visit his website www.victorguidini.com/pt-br/ (in Portuguese).