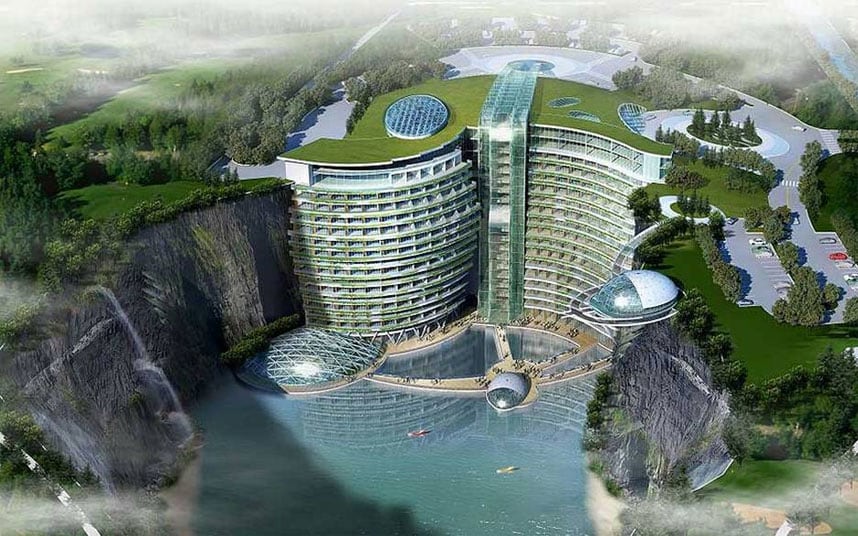 China is an awesome destination if you are looking for ancient history mixed with modern attractions feeling. It was while digging wells on the outskirts of Xi’an in the 1970s that farmers stumbled across what was to be China’s most important archeological find: the Terracotta Army. Distributed over three large underground pits and built to guard the First Emperor’s tomb were more than 8,000 life-size warriors, some 520 horses, and more than 100 chariots, along with numerous other non-military characters dating from around 280 BC. Although some were severely damaged due to the passing of time, many of the statues unearthed have been painstakingly re-assembled and stand as testament to the importance bestowed upon the emperor and the afterlife. The site – part of the Emperor Qin Shi Huang’s Mausoleum Site Park – is one of China’s most important tourist destinations and offers the unforgettable experience of standing in front of this assembly of soldiers and horses as if inspecting a centuries-old parade.

Pudong is a district in Shanghai on the eastern side of the Huangpu River that has emerged as China’s financial and commercial hub. A skyline of gleaming skyscrapers rises out of what was mere farmland only 20 years ago. Skyscrapers includes the symbolic Oriental Pearl Tower, the Shanghai World Financial Center, the Jin Mao Building and the Shanghai Tower that was finished in 2014. The Hani Rice Terraces are located on the southern slopes of Ailao Mountain in Yuanyang, and have been cultivated for over 1,000 years. Carved by hand by the Hani people, these rice terraces have turned a barren hillside into a lush sub-tropical paradise. Water is saved in the hilltop forests, and channeled down to the terraces for irrigation. The rice terraces are flooded from December to March, presenting a spectacular view to travelers.

Located in the very heart of Beijing, magnificent Forbidden City, also known as Imperial Palace Museum, is the symbol of imperial power. Built in Yongle Period, Ming Dynasty (1406 – 1420 AD), it is the largest and well-preserved wooden building complex of the world. These were laid out very precisely in accordance with a feudal code of architectural hierarchy which designated specific features for reflecting the paramount authority and status of the emperor. Forbidden City can be taken as a sample of the traditional Chinese palatial architecture. In 1987, it became a World Heritage Site. Besides, it is also listed by UNESCO as the largest collection of preserved ancient wooden structures in the world. See extra details on China expedition tours.

Erected mostly in the early 20th century, the fortress towers at Kaiping were built by famously outbound Kaipingers, who brought home the many architectural styles they saw abroad, including Islamic, Roman and even ancient Greek. The towers were built as a display of wealth, and as a practical way of protecting locals from war and theft. Approximately 1,800 fortress towers still stand amid Kaiping’s vast rice fields. Kaiping is located 130 kilometers southwest of Guangzhou, the provincial capital of Guangdong. Regular buses are available between Kaiping Bus Terminal and various long-distance bus terminals in Guangzhou. Direct buses and ferries are available between Kaiping and Hong Kong.

Our goal is to discover the latest Korean arts & culture news and activities to our Hong Kong audiences, promoting the understanding and appreciations of Korean Arts and Culture in Hong Kong. We also aim to serve as a platform to support networking and inter-culture exchanges between Hong Kong and Korean art-lovers, practitioners, professionals and relevant authorities. For more information please visit us at HKKKulture.