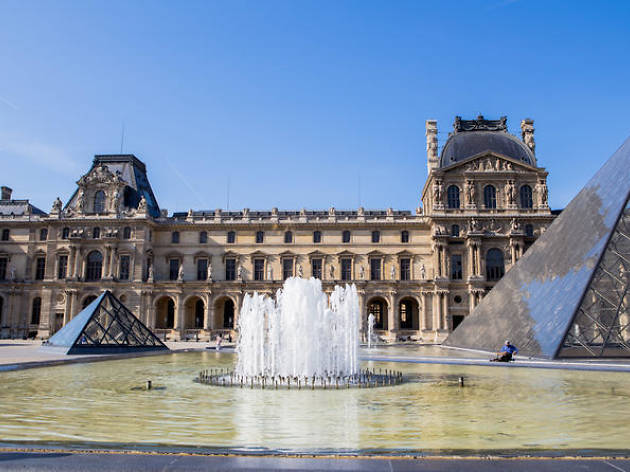 Paris travel attractions: After much building work and restoration, the Musee Picasso finally reopened in October 2014, so once again Parisians could enjoy some of the Spanish maestro’s finest artworks including ‘La Celestina’, ‘The Supplicant’ and ‘Portrait of Marie-Therese Walter’. Set in 17-century mansion the Hotel Sale in the heart of the Marais, Picasso’s masterpieces hang on the walls of bright, spacious exhibition rooms. Now in its fourth decade, the Musee Picasso is one of the city’s most precious and prestigious institutions.

Paris restaurant pick : After working with Alain Passard and Marc Veyrat, Toutain first wowed Paris at Agape Substance, a hole in the wall in Saint-Germain. Now he has his own place, and his constantly changing tasting menus (55 euros at lunch, 80 euros or 110 euros at dinner) deliver the boldest and most interesting food in Paris. Think dishes like seared foie gras in baked potato bouillon with black truffles; a monochromatic white composition of cuttlefish with yuba; and nearly translucent Parmesan gnocchi, seasoned with the juice extracted from cooking the cheese at very low temperatures for hours.

Sainte-Chapelle is rarely used for mass but often serves as a venue for music concerts. Listening to a choir or classical music performance in this space is an inspiring spiritual experience. Sainte-Chapelle is considered a rare jewel among medieval houses of worship and is certainly one of the most exquisite churches in Paris. This masterpiece of Rayonnant Gothic architecture was built from 1242 to 1248 for King Louis IX (Saint Louis) to house the precious relics he had acquired from the Byzantine Emperor. The altar displays a relic of the Crown of Thorns. The chapel is renowned for its breathtaking stained-glass windows, which give the sanctuary an iridescent glow and serene aura. (It’s recommended to visit in the morning and especially on sunny days to appreciate the windows at their most brilliant.) The chapel has 15 stained-glass windows (covering 600 square meters) depicting over 1,000 scenes from the bible, both Old Testament and New Testament stories. The colors and light symbolize divinity and the Heavenly Jerusalem. Read extra details at Travel blog for Paris.

Paris shopping pick : Grand Magasins on Boulevard Haussmann, Rue Tronchet & La Madeleine Start exploring this shopping area in Paris by strolling around the Place de la Madeleine. The streets surrounding the church—with its stately neoclassical temple design—are lined with trees and elegant shops, cafes and gourmet food shops such as Fauchon. Follow Rue Tronchet from La Madeleine and you’ll head directly toward the huge department stores Printemps and Galeries Lafayette on Boulevard Haussmann (See Department Stores section below for more details). Along the way you’ll pass lots of neat shops. Keep your eyes out for a super handbag and luggage store called La Maroquinerie Parisienne on the right as you approach Boulevard Haussmann. The streets here are lined with shops all along Boulevard Haussmann leading toward the beautiful Opera Garnier. Stop in the huge Monoprix store near Galeries Lafayette for a uniquely Parisian shopping experience. This area is a shopping haven all day long and also after dark when the Opera creates a dramatically beautiful backdrop.