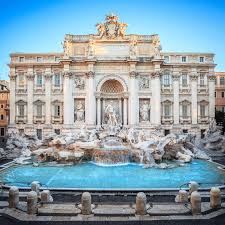 Benefits taking private Rome tour guide: You may not know what you don’t know. You may not be aware of all the wonderful experiences available to you in any given location. Though you can do extensive research online, there are still many amazing experiences, restaurants, and local activities that may be completely new or haven’t been shared on social media yet. We have personal connections in each of the locations we run tours and are constantly seeking out new experiences for our guests. Let us help you create your itinerary by suggesting activities that may have not even been on your radar.

Rome attractions : Castel Sant’Angelo – Castel Sant’Angelo was built to be a mausoleum for the Emperor Hadrian and his family. Built in 123 BC, it later was turned into a fortress and castle by the popes. It was once Rome’s tallest building. The ashes of other emperors were buried there, but scattered when the Visigoths invaded in 410. It also served as a prison, but today the castel is a museum. Among the most well known sights in Rome, film buffs will recognize it as a setting from “Angels and Demons”.

The Pantheon – the best preserved monument of Roman antiquity – is remarkably intact for its 2000 years. This is despite the fact that Pope Gregory III removed the gilded bronze roof tiles, and Pope Urban VIII ordered its bronze roof stripped and melted down to cast the canopy over the altar in St. Peter’s and cannons for Castel Sant’Angelo. The Pantheon was rebuilt after damage by fire in AD 80, and the resulting brickwork shows the extraordinarily high technical mastery of Roman builders. Its 43-meter dome, the supreme achievement of Roman interior architecture, hangs suspended without visible supports – these are well hidden inside the walls – and its nine-meter central opening is the building’s only light source.

Piazza Navona – One of the most famous of Rome’s many squares, Piazza Navona was established towards the end of the 15th century, and preserves the shape of the Stadium of Domitian that once stood here. Built by Emperor Domitian in 86 AD, the stadium, which had a larger arena than the Colosseum was mainly used for festivals and sporting events. The buildings surrounding the square stand where the spectators once sat. Today, the square features no less than three magnificent fountains and is an immensely popular place to sip a cappuccino, shop, and watch street performers. Extra info about private tours of Rome…

The Pantheon , The best preserved ancient structure in the city, the Pantheon was originally a Roman temple dedicated to the pagan gods: the word “Pantheon” in fact means “Honor all Gods.” The exact age of the Pantheon is unknown but it is believed to be nearly 2000 years old, impressive for withstanding the test of time. It has been used as a church since the 7th century.

Free things to do in Rome : Wander the Villa Borghese Gardens, Villa Borghese is the largest public park in Rome and access to gardens is free of charge. There are several ways to access the gardens, but visitors particularly like the approach from the Spanish Steps. If you want to rent a bike to tour the grounds, they are available for a fee in several locations in the park. You’ll also find places to grab a bite, from restaurants to ice cream vendors. The gardens are open from dawn to dusk. The Villa Borghese Gallery is worth a visit but there is a charge. Since they limit the number of people who visit the art gallery per hour, it is necessary to buy a ticket online. Stroll around the gardens either before or after your visit to the Villa Borghese Gallery.